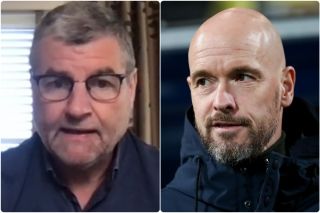 Ten Hag has agreed a three-year deal to take over at Old Trafford, with the option of another year.

On top of that, United have seen Ryan Giggs and Michael Carrick work as caretaker managers, and in December, it was announced that Ralf Rangnick would be interim manager.

Denis Irwin gave his thoughts to Sky Sports following the official announcement. He says the new managerial appointment males it an exciting time for United.

Irwin demands that Ten Hag is given time to get things right at United — not just from the fans but the board too.

The fans have been patient down the years, during a difficult period for the club, but hopefully this is a better chapter in the club’s history.