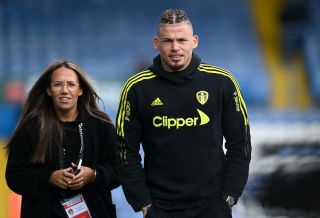 Antonio Conte is understood to be a fan of Leeds United and England midfielder Kalvin Phillips.

That is according to the Telegraph, although their football correspondent Matt Law has cast doubt over the likelihood of Tottenham Hotspur signing the Leeds star.

There will be plenty of excitement at Tottenham Hotspur to see what they can do in the transfer window this summer, with the help of Conte’s so-called pull power in the market.

But it is reported that Daniel Levy still accepts that Spurs are unlikely to beat Manchester United in any transfer tussle, with or without Champions League football, unless it involves Harry Kane.

The Telegraph suggests that Conte would be open to signing Phillips from Leeds, but it is highly questionable whether Daniel Levy would be prepared to offer what United would put on the table for Phillips.

Earlier this month, the Manchester Evening News suggested that United were working on a deal to sign Phillips.

I’m not sure signing a player who has missed a lot of football this season is a good idea but there is no denying that Phillip is a top player.