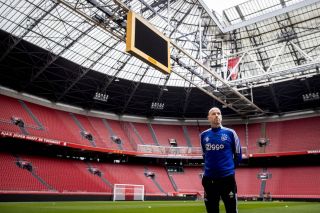 Manchester United are preparing to announce the appointment of Erik ten Hag as the club’s permanent successor to Ole Gunnar Solskjaer, who was sacked last year after a disastrous start to the season.

The Dutchman has been heavily linked with a move to United since Solskjaer was let go in November and he could now finally be about to seal his move to Old Trafford.

Earlier on Wednesday, the 53-year-old was spotted at the SEG agency offices, which added fuel to speculation that an official announcement of his appointment was imminent.

Now, further claims have been made that Manchester United have informed the first-team squad of Ten Hag’s arrival. That’s according to The Mirror, who add that a formal announcement is expected after Sunday’s game against Arsenal.

SN’s verdict…
The embarrassing 4-0 defeat to Liverpool underlined exactly the size of Ten Hag’s task, with the Dutchman set to oversee the biggest rebuild at United in the Premier League era.

Many would have expected the club to make an announcement as early as today in a desperate attempt to appease fans but it seems like official confirmation will have to wait until after the weekend.

Ten Hag is likely to make wholesale changes to United’s first-team squad and there have been suggestions that he will have a whopping £200m at his disposal, with up to 12 players on his chopping block immediately.