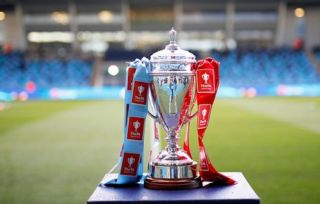 Manchester United’s FA Youth Cup final against Nottingham Forest will be played at Old Trafford on Wednesday 11 May.

Tickets are on sale for just £1 and all proceeds will go to the Manchester United Foundation.

Travis Binnon’s young United side secured a place in the final after beating Wolves 3-0 in the semi-finals.

Charlie McNeill netted a brace before Alejandro Garnacho, who has starred in the FA Youth Cup this season, got on the scoresheet again.

United will face a side that fight until the very end in Nottingham Forest – managed by Warren Joyce, who served as Reserves coach at United for eight years (2008-2016).

Forest came from behind to beat Chelsea in the other semi-final – scoring twice in five minutes.

While we take a great degree of pride in being the most successful club in FA Youth Cup history, United have not lifted the trophy in 11-years, when the youth team included Paul Pogba and Jesse Lingard.

Hopefully we are talking about another crop of successful youths at the end of the season.