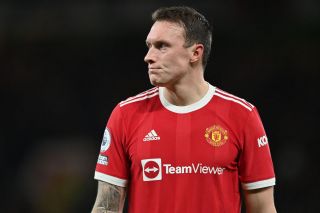 Manchester United take on Liverpool at Anfield tonight and we will be hoping it’s not a repeat of the reverse fixture at Old Trafford when the Scousers beat us 5-0.

That was a bad day. One I wish I could clear from my memory.

Anyhow, Ralf Rangnick is coming up against his old friend Jurgen Klopp, but their friendship will be put on hold for at least 90 minutes.

Liverpool will be looking to move to first in the Premier League with a win, while the Red Devils are trying to compete for the top four.

Ahead of David de Gea between the sticks, Harry Maguire will be partnered by Victor Lindelof and Phil Jones in a back five – with Aaron Wan-Bissaka and Diogo Dalot on the flanks.

In the middle of the park, Nemanja Matic will be joined by Paul Pogba and Bruno Fernandes, while Marcus Rashford and Anthony Elanga lead the attack.