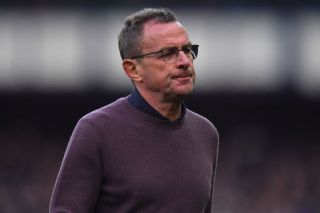 The Premier League could be adding to the list of roles and responsibilities for managers in the top-flight.

According to the Daily Mail, a groundbreaking proposal could be put forward that will see broadcasters able to interview managers and coaches either at the start or the end of half-time.

This is something you might see in US sports, but football fans have yet to experience it in Europe.

I wouldn’t be too happy about it if I were a manager or coach because teams only get a 15 minute for half-time. The manager should really spend that time with his players – or elect a coach to address them during the interval.

On the other hand, it is great news for media departments.

Erik ten Hag is set to be announced as the new Manchester United manager, so we could be hearing from him a lot during games next season. It might be an early chance to see his raw emotions up close on camera.

Meanwhile, interim manager Ralf Rangnick is expected to move into a consultancy role at the end of the season.

What do you think of the proposal? Let us know in the comments.