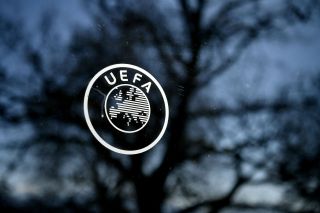 These new plans could enable clubs to qualify for the Champions League based on historic performance rather than their league position – something initially proposed a year ago followed by the collapse of the European Super League.

Members of the European Club Association are to lobby Uefa to allow two teams to qualify for the Champions League based in part on their coefficient, a metric calculated according to continental performance over the five previous seasons.

The proposals have been discussed within the Club Competitions Committee working group, as per The Guardian.

At a time we need to preserve sporting integrity, football fans should take caution with this news.

Manchester United Supporters’ Trust (MUST) has issued an open letter to the club on the potential Champions League reform.

It reads: “We are all aware of the imminent decisions by UEFA on the format of their club competitions that will take effect from the 2024/25 season. Our informed understanding is that, contrary to some media reports, key decisions on the number of matches and the potential for a privileged qualification route for some clubs, very likely to include our own, remain under active discussion.

“These are significant changes to a major competition that will have an impact on the match-going commitments of our supporters and compromise the principles of competitive integrity in a similar way to the ill-fated Super League. Discussions have clearly resumed in recent weeks that will determine a solution on issues of significant interest to fans, whether or not they attend matches. Last May Joel promised ‘deeper consultation across a range of important issues including the competitions we play in’. In the spirit of that commitment, we feel it would have been appropriate for there to have been consultation on these changes so that the supporter perspective could be taken into account in the discussions that you and other clubs have been a part of.

“We intend to ask for clarity and transparency on the club’s position on these changes through forthcoming regular engagement channels but, given the time constrained UEFA discussions, we want to put on record what the views of supporters are. To that end we want to draw your attention to:

“The position statement agreed by the FSA’s Premier League Network that has unanimous support from supporter groups representing all PL clubs.

“The results of our own supporters survey that we published and shared with you recently. It’s 20,000 responses confirmed over 80% opposition both to the extra matches and the use of historical coefficients as a means of qualification.

“The principles of sporting merit, competitive integrity and the sustainability of domestic leagues, all absent from the Super League proposal, must be at the centre of this competition reform. We urge you to embrace them unequivocally in any further engagement that will influence the final decisions of the UEFA Congress in early May.