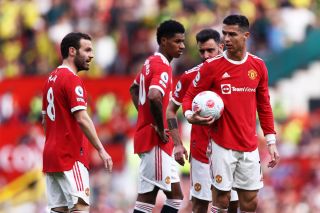 Manchester United’s game against Chelsea has been rescheduled after Thomas Tuchel’s side qualified for the FA Cup final.

A full-strength Chelsea side beat Crystal Palace in the semi-finals, earning a place in the final against Liverpool, so their visit to Old Trafford has a new date.

Former United captain Roy Keane has tipped the Scousers to win the FA Cup, as per The Mirror, but we’d like to see Tuchel stand in Klopp’s way.

However, United vs Chelsea was originally scheduled to be played on 15 May.

Instead, United will play host to Chelsea on 28 April.

After crashing out of the Champions League, Ralf Rangnick’s main focus switched to leading United to a top four finish.

And, now our schedule has become a little more hectic.

United’s next three games will be played in a 9-day period – against Liverpool, Arsenal and Chelsea in the Premier League.

We should really know more about our top four chances after playing Chelsea because United should be winning their last three matches. On paper at least!