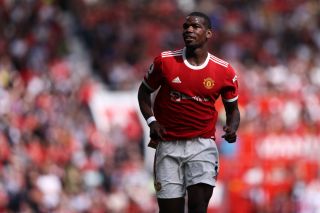 It won’t come as a surprise to anyone that Graeme Souness has written a column badmouthing Paul Pogba again. Maybe the former Liverpool man is right, or maybe he’s just bitter.

One thing is certain, though. I have had enough of Pogba at Manchester United.

I didn’t agree with the booing he was subject to at the weekend because I will never boo our own players. I’ve seen it happen at games but never joined in.

Writing for The Times, Souness has hit out at the idea of United offering Pogba a new contract.

“If United are offering Paul Pogba a new contract, it’s surely only to recoup some of the £89 million they paid for him.

“I’d question if you want him around your club with the people who appear to be advising him. All United’s rivals will want Pogba to stay this summer, which is an indictment in itself, and I often wonder if it’s more about Instagram followers than giving his heart and soul to his football.

“He has been a divisive character. Before breaking the British transfer record to bring Pogba back did United ask for advice from Fergie, who previously let him leave?

“They have plainly not tapped into the experience of the greatest Premier League manager.”

Pogba reacted to the booing at the weekend by cupping his ears towards the Stretford End.

A bad move from the midfielder who leave Old Trafford under a big grey cloud.

But when it comes to our rivals, I happen to believe that they would rather take on a United side without Pogba, though I see the point Souness is making because most weeks the Frenchman doesn’t offer anything.

He hides too much to be a starring midfielder in the Premier League.