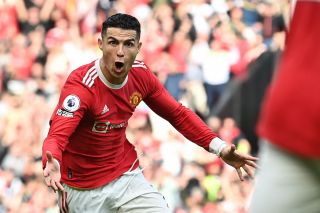 Half of those hat-tricks came before Ronaldo turned 30, with the remaining 30 coming after that. It shows how the Portuguese star has aged like a fine wine over the last decade.

Ronaldo reacted to this impressive feat on Twitter, saying: “30 hat-tricks before 30 and 30 hat-tricks after 30. It’s time to unbalance the scale!”

30 hat-tricks before 30 and 30 hat-tricks after 30. It’s time to unbalance the scale! 💪🏽 pic.twitter.com/McgGZBmzyh

It won’t be long before Ronaldo sets himself another target.

There is some uncertainty over Ronaldo’s future, but we think he will stay if the Reds clinch fourth spot.

Ronaldo will want to be playing Champions League football next season.