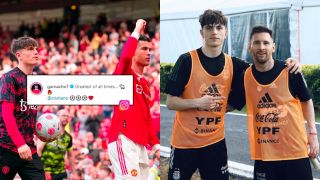 Former Manchester City striker Sergio Aguero did not waste the opportunity to troll Alejandro Garnacho after the teenager called Cristiano Ronaldo the ‘GOAT’ in a recent Instagram post.

The teenager was included in the matchday squad to face Norwich City but remained an unused substitute. Fans will hope to see him make his debut for the club before the season ends, after seeing him earn a call up the senior Argentina squad.

Garnacho shared a few snaps after the 3-2 win. One shows him receiving the matchball from Ronaldo and he captioned the post: “Greatest of all times.”

In response to this, former Argentina striker Aguero commented: “Because you still didn’t play with the best pa Leo Messi.” 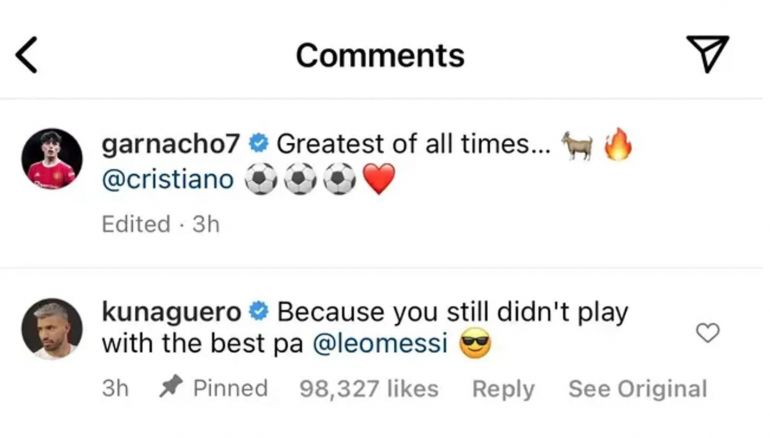 Although Ronaldo has outclassed Messi this season, in Argentina you can imagine that most people have the same argument when it comes to the best player they have produced in a long time.

You would have to go back to Diego Maradona to get close to Messi’s level.

Messi has managed 13 assists in Ligue 1 this season – as he turns into a playmaker at Paris Saint-Germain.

Either way, Garnacho is learning from the very best!