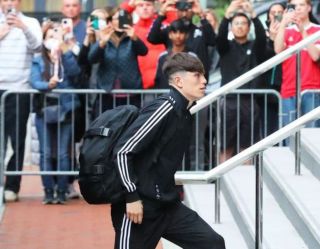 After a number of disappointing performances this season, it doesn’t surprise me that Manchester United are slipping away from the race for top four.

The Red Devils must get three points today – against an awful Norwich City side sat at the bottom of the Premier League table.

Alejandro Garnacho is in contention to make his United debut after being named in the matchday squad. The Spanish-born forward was included in the Argentina squad last month and only recently started training with United’s first-team.

United also have five players missing with injury for the match.

Luke Shaw is set to miss the rest of the season, while Scott McTominay, Raphael Varane and Edinson Cavani are also still out. Fred picked up an injury against Everton last time out.

We will have the confirmed line-up prior to kick-off.