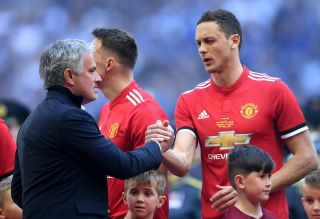 Nemanja Matic has confirmed that he will leave Manchester United this summer.

The 33-year-old midfielder announced the decision in an Instagram post, while sending his thank you to United fans for their support down the years.

The man who brought Matic to Old Trafford, Jose Mourinho, has sent a heartfelt message to Serbian in response to his statement. 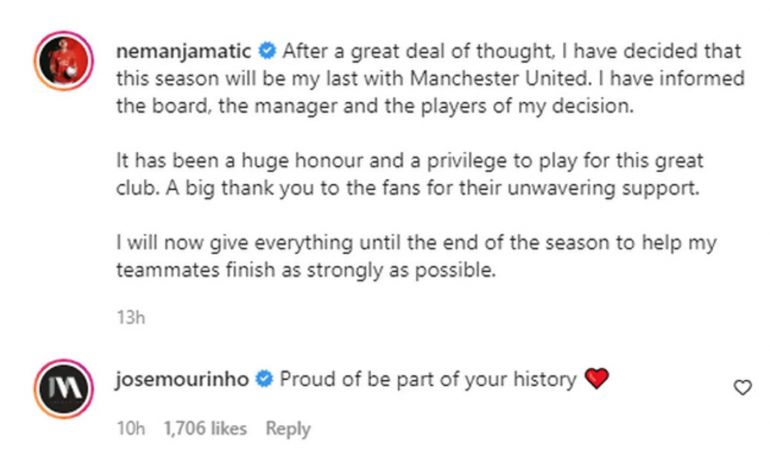 Mourinho wrote: “Proud to be part of your history.”

Matic won the Premier League under Mourinho back in the 2014/15 season before both of them left Stamford Bridge for Old Trafford.