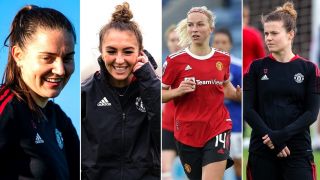 – Leather – The Battlefield of Life.

Everybody is always looking for the winning formula. Whether it’s in sports or in life, people always believe that there is a secret way or a certain arrangement to get the best possible results in everything they do. And while no formula is perfect and there’s no secret magic trick to make everything right, there are certain decisions that can lead you the right way.

That’s certainly the case when it comes to football and Manchester United Women manager Marc Skinner has had a lot of decisions to make in a season that has been positive, but it has also been with filled with obstacles and a lot of upheaval. Injuries, tight schedules, a tight squad… it has been quite a first season for the former Orlando Pride manager.

But probably one of the most interesting aspects to discuss regarding the squad is the midfield. While injuries have usually kept Skinner from being able to have all her players at his disposal, it is very clear that some players have a greater role than others and that can have a big role in the team’s future in the coming years.

Midfield is where football games are won and lost, so it is logical that United would like to control games more often, especially when you consider the team’s tendency this season to lose leads when winning 1-0 – this is often due to a lack of control of the games. And while there is certainly a lot of quality in this area, balance is often lacking.

Captain Katie Zelem has been borderline omnipresent so far this season and her set pieces might be the best at the club since the days of David Beckham, with her being the highest producing set piece taker in the Women’s Super League so far this season and United being the team with the most goals in that department as well. So you can tell that she has a lot of impact in the games due to how good she is in that area.

But there have been some criticisms towards Zelem in the sense that she tends to be quite passive when progressing the ball and sometimes can be too ineffective when marking or tracking back, which in return can unbalance the team in so phases of the game. United have certainly paid the price for that from time to time.

This is by no means a dig at the club’s captain and an academy product, but rather to contrast and compare her virtues and flaws. She is a world class set piece taker, but her overall game is somewhat lacking. 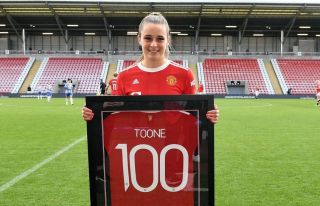 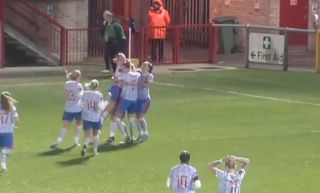 Her usual partner so far this season has been Dutch starlet Jackie Groenen. The former Chelsea midfielder, much like Zelem, has been a great servant for the club and a fan favourite since she signed back in 2019, and her mix of technique, passing range and work-rate have been widely celebrated by the United faithful.

So, you have a player that has won the Euros with the Netherlands, experienced in the league and that has all these attributes, so surely you would want her to start every game, right? Well, it’s a lot more complicated than that.

Zelem and Groenen have been playing together in midfield due to other players getting injured and neither of them are defensive midfielders, so they usually have to switch roles from time to time to fill in the gaps in that area, which has resulted in the team being massively unbalanced. If you wonder why they usually struggle to protect leads, it is mainly because one of them has to play deeper to protect the defence and that’s not playing to their strengths.

This is why Welsh midfielder Hayley Ladd is so important to the team functioning properly. She is the squad’s sole defensive midfielder and she makes the whole starting eleven tick. It’s no coincidence that when Skinner, who coached her at Birmingham, had her available in the middle of the season, the whole team clicked and they started their best run of form of the year. It’s because they finally had a defensive midfielder that could cover for Zelem and also protect the defence.

But Laddinator, as she is nicknamed by the supporters, got injured when on duty with Wales a couple of months ago and the team suffered the aforementioned conundrum with Zelem and Groenen. And when she came back, the centre-backs were injured and she has been playing there recently, so the issue still persists.

Another player that has an interesting role in this discussion is summer signing Vilde Bøe Risa. The Norwegian arrived after successful spells in her country’s league and with her national team, and while she has been in and out of the starting eleven in a season that could be viewed as one of adaptation, she has shown glimpses of her quality and she recently added an element of coolness on the ball when she was subbed in during the victory against Brighton to protect the lead.

She certainly plays a bit higher than either Zelem or Groenen and has a decent knack of scoring goals and assisting, but she is also quite good in recycling possession and bypassing the team’s pressing. To some degree, I feel that she has been under-utilised considering how talented she is.

Lucy Staniforth sadly had a poor season that was struck by injury, Jade Moore is still adapting to life in Manchester and Ella Toone prefers to play higher on the pitch, so these are the four main choices that Skinner has on midfield and needs to find a combination that can work on a regular basis because controlling games has been a problem for Man United.

I understand Katie Zelem’s importance in terms of leadership and set piece taking, but I would definitely like to see a midfield of Groenen, Ladd and Bøe Risa at some point next season (if Jackie signs a new contract, of course). And I mean a proper run of games to see how they work together because I think that could be a nice balance. I certainly think Bøe Risa deserves more minutes as she has proven that she can impact games, especially during that positive run from December and January where she had a lot of opportunities and delivered the goods.

Overall, these four players are all quite good and they all offer something different to the squad, which is very important. But is even more important that Skinner finds a winning combination and the team can find that much-needed balance. And if the club has to search in the market, then so be it. 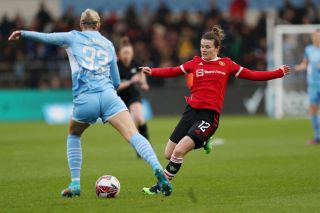 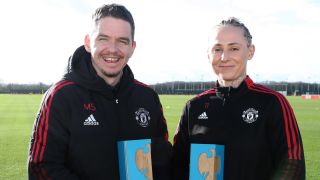