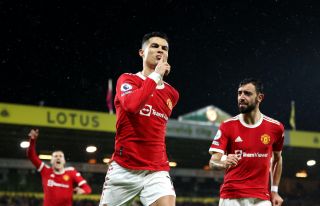 Manchester United will be looking to keep their top four hopes alive when they take on Norwich City in the Premier League on Saturday afternoon.

The Reds go into the game on the back of a bitterly disappointing 1-0 defeat by Everton at Goodison Park, whilst the visitors ran out 2-0 winners over Burnley, who sacked Sean Dyche as their manager this morning.

Paul Pogba could also be recalled to the starting eleven following a number of injuries in midfield.

Sitting six points adrift of top four with just seven games to go says it all really. In order for the Reds to finish inside the top four, we simply have to win every game and hope that our rivals drop points. In facing Norwich on Saturday, it’s just another must win game, but keep in mind what happened last week when we travelled to Goodison Park.

Norwich have endured a poor season thus far and currently find themselves sitting rock bottom of the Premier League table. The Canaries look all but certain to be relegated at the end of the season, but despite that this could be a tricky game for United and one which as bad as it sounds, you cannot feel confident that we will win.

United’s home form at Old Trafford this season has been woeful and having already dropped countless silly points against teams in the lower half of the table, we can’t afford to do so again. Norwich are likely to give it a go against United and with that comes gaps at the back which Ronaldo, Fernandes and co need to take full advantage of.

An early goal in many respects could go along way to deciding this outcome of this one and if United can grab it, then it would give the players confidence and ease the tension inside Old Trafford.

It’s a game we have to win and one which I do think will do albeit I think it will be close.