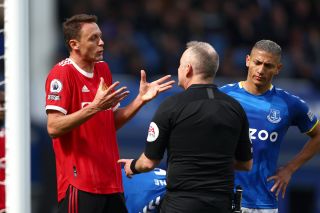 This won’t come as surprising news to fans because the Serbian midfielder has been past his best for at least three years. Although Matic is still under contract until 2023, he’s 33, and I can totally see why the next manager would want to move him on.

That man is likely to be Erik ten Hag and he will surely have plans to bolster United’s midfield in the summer – with or without Paul Pogba.

Shrager claims that there are plans at United to sell Matic in the summer, as seen in the tweet highlighted below.

As it stands, Nemanja Matic will leave Manchester United this summer

For a bit part player, Matic played in the majority of United’s games in the Champions League this season but has been limited to just 17 appearances in the Premier League.

It would be fair to say Matic no longer has the legs to play consecutive games at Premier League level, but that doesn’t mean he couldn’t be a true asset elsewhere. The Serb was linked with a move to Italy in the past, so don’t rule out more speculation from Milan.

I’m excited to see who United bring in to replace him.