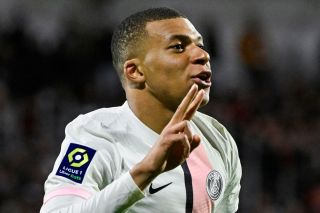 Kylian Mbappe has been tipped to leave Ligue 1 leaders Paris Saint-Germain at the end of the season.

Manchester United reportedly ‘prepared’ a contract for the PSG star last summer before being told that Mbappe’s preferred destination is Real Madrid, as per Get Football News France.

It sounds bizarre but I’m not one bit surprised that someone at the club was naïve to think he would join a side that doesn’t have ambitions to win the Champions League right now.

Moreover, Madrid’s interest in Mbappe has been one of the worst kept secrets in football over the past year. Football fans fully expect to see him join the Spanish giants as a free agent this summer.

Mbappe doesn’t stand out as something we need right now, but he would walk straight into any team.

His stage will be at the Bernabeu next season rather than Old Trafford.