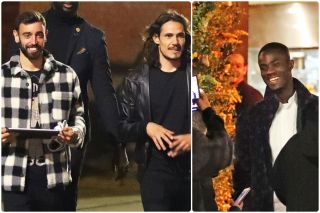 The Ivorian went out with his team-mates on Wednesday night to eat at the Zouk Tea Bar & Grill in Manchester city centre.

A number of United players were pictured at the restaurant with the birthday boy ahead of the Premier League clash with relegation strugglers Norwich City this weekend.

Paul Pogba, a close friend of Bailly, was in attendance and all players appeared to be casually dressed for the occasion.

Maybe a team bonding session or two will do the squad good, but I’m not convinced after watching how poorly we’ve played this season. It’s so bad that I don’t know if we will get three points when we host the Canaries.

Hopefully the chef gave them something special in the kitchen!