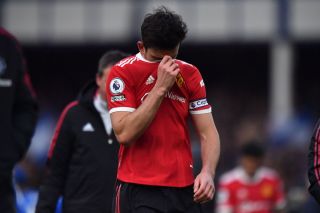 Norwich City have taken a dig at Harry Maguire for his poor season with Manchester United.

Ahead of their trip to Old Trafford, the Canaries’ Twitter account posted a picture comparing the stats of Maguire and their captain Grant Hanley.

The two defenders have made the same number of appearances in the Premier League this season and scored one goal each, but Hanley has won more key duels (143) than the United skipper (116).

How the number 5️⃣s compare after 26 appearances made 👇#NCFC pic.twitter.com/wGnKHMid9g

It goes without saying that Maguire is a more accomplished defender than Hanley, a senior England international too, and Norwich City are doing this purely for engagement purposes.

The problem I have with this, as a United fan first and foremost, it that Maguire gets constant abuse that has transcended football and has become practically personal.

In a day and age where we are having important discussions about mental health, about how players are also human beings and need to be treated as such, we see people, sometimes United supporters, taking shots at a defender simply because is not performing.

As Norwich City will find, it generates likes and retweets on social media. That doesn’t excuse constant internet abuse or make it more logical.

We have also written about how Paddy Power has been targeting Maguire this season as well as the hate culture at Manchester United.

Hopefully Norwich City enjoy life back in the Championship!