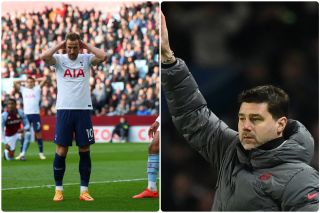 Harry Kane is set to snub Manchester United, according to reports.

This could see the England captain stay at Tottenham Hotspur after missing out on a transfer to Premier League champions Manchester City a year ago, despite the fact he has yet to make it clear that his future lies in London.

Kane has been listed as a primary target for the Red Devils this season, although Erik ten Hag will have a right to veto any potential deal.

It was recently reported that the 28-year-old goalscorer was curious about United’s interest.

Now, The Mirror claims Kane has been put off joining United by the fact Ten Hag has beaten Mauirico Pochettino to become the next manager at Old Trafford.

This proves that even though Pochettino has been a mixed bag at Paris Saint-Germain, his pulling power and reputation at Tottenham remains strong.

Kane has always had a brilliant working relationship with Pochettino, but the pair won’t be reuniting at Old Trafford anytime soon.

John Cross’ report adds that Kane is enjoying a new lease of life under Antonio Conte.

I hope it stays fine for Kane and United turn their attention to Benfica striker Darwin Nunez.

The Uruguayan is a lot younger and doesn’t come with ankle fears.