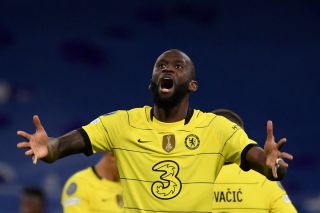 Manchester United are likely to be going heavy in this summer’s transfer market as they bid to return to the summit of European football, despite most likely not taking part in next season’s Champions League.

It’s been a disastrous season for the Reds but there could be light at the end of the tunnel. Erik ten Hag is expected to be named the club’s new permanent manager, with the Dutchman set to take charge at the end of the season.

Ten Hag’s focus will, however, be on Sunday’s KNVB Cup final between Ajax and PSV. A formal announcement from the club is expected in the aftermath.

Earlier on Thursday, it was revealed that Manchester United were looking to strengthen the spine of the squad, which includes adding a centre-back, with Antonio Rudiger discussed internally.

Goal have now doubled down on suggestions that Manchester United are interested in the German defender, arguing that uncertainty over Chelsea’s ownership could drive the 29-year-old toward a transfer to Old Trafford.

The report claims that Manchester United are one of four European superpowers willing to offer Rudiger a lucrative contract, with Barcelona, Real Madrid and Juventus all interested as well.

Rudiger has emerged as one of the Premier League’s most impressive defenders this season but could be about to deal Chelsea a huge blow by leaving the club as a free agent. He’s valued at a whopping €35m by statistical website Transfermarkt, so a free transfer could turn out to be quite the coup for any side.

SN’s verdict…
It’s safe to say that there’s not really any position in United’s squad where you’d go ‘Well, they don’t actually need anyone there’. Raphael Varane was supposed to fill the void at centre-back but his availability has been an issue and Harry Maguire’s form has taken a dramatic turn for the worse.

Rudiger has yet to prove himself in a four-man defence, with his best form coming under Thomas Tuchel in a three-man set-up. Erik ten Hag is unlikely to play such a system, which raises doubts over Rudiger’s suitability.

Furthermore, the former Roma man turns 30 next year and the next contract he signs will be the final big one – United have made these kinds of deals in the past and more often than not, they have backfired.