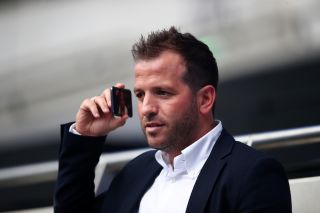 Ralf Rangnick assumed responsibility on an interim basis but will step down from the job next month to take up a consultancy role at the club.

Journalist and transfer specialist Fabrizio Romano gave an encouraging update on United’s pursuit of Ten Hag earlier on Wednesday, confirming that negotiations are moving in the right direction, and described the situation as a ‘matter of time’.

It’s all pointing towards one thing and that’s Ten Hag becoming the next man in charge at Old Trafford. The 52-year-old is highly rated as one of the best coaches in Europe.

Former Tottenham and Real Madrid star Rafael van der Vaart has issued a fierce warning to some of United’s underwhelming stars, insisting they will be thrown out by Ten Hag if they don’t improve.

“These players at Manchester United don’t have any excuses anymore. They made so many managers leave while they are playing so bad.

“Now they get a manager who will be very clear and will present his plan. Those who won’t cooperate will get thrown out.”

There are too many underperforming ‘stars’ at United and it would be good to see Ten Hag stamp his authority from day one and make it clear that slackers won’t be tolerated.

The 52-year-old is set for a busy first summer, with over a dozen first-team regulars either embroiled in endless speculation and/or set to leave on free transfers.