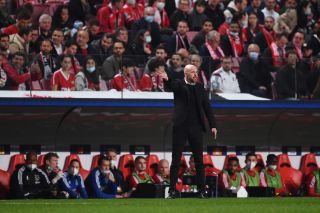 Manchester United are on the verge of completing a deal to bring Ajax manager Erik ten Hag to Old Trafford, with the 52-year-old set to become the permanent successor to Ole Gunnar Solskjaer.

Ralf Rangnick took charge of the side following the Norwegian’s sacking last year but will step down from his interim role at the end of this season.

Now, there is confidence that Ten Hag will become the next man in charge, with news breaking on Tuesday evening that United had reached a verbal agreement with the Dutchman.

According to The Athletic, the former Utrecht boss is keen to bring Ajax no.2 Mitchell van der Gaag with him to Old Trafford upon the completion of his deal.

Van der Gaag has experience as a top-flight manager but has spent the last year as Ten Hag’s assistant, with the pair potentially linking up again at Carrington this summer.

Former United coach Steve McClaren has also been linked with the position as Ten Hag’s assistant but contact has not been made with the 60-year-old.

SN’s verdict on Ten Hag’s backroom staff…
When Solskjaer took over in 2018, he kept many of Jose Mourinho’s staff members around, including Kieran McKenna and Michael Carrick. To many, that was a mistake. Mike Phelan also returned to the club.

Ten Hag needs to be comfortable in his position and if the only way to do that is to bring his own people in, he should be allowed to.

Mike Phelan is likely to depart in the summer and a full clearout at coaching level could be exactly what the club needs.