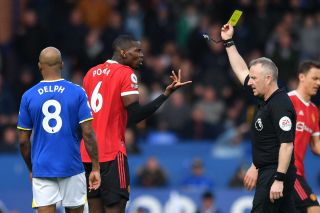 It sounds like Paul Pogba is edging closer to a move to Paris Saint-Germain.

According to FootMercato, the 29-year-old Manchester United midfielder has met with infamous PSG chief Leonardo, with his current contract set to expire at Old Trafford.

The report claims Pogba’s family are keen on heading to the French capital ahead of next season.

It is understood that the France international is ready to leave United this summer, having stalled on agreeing an offer put forward by the Premier League club, but that feels like the worst kept secret in football.

Pogba has been frustrated during his time in Manchester, after returning in 2016, failing to compete for the titles he had envisaged when re-joining the club from Juventus.

But he must take a share of the blame because he has not performed consistently under any of the managers we’ve had. He had problems under Jose Mourinho but failed to blossom under Ole Gunnar Solskjaer or Ralf Rangnick.

He has also been linked with a move back to Juventus as well as Real Madrid.

At this point, I don’t think there will be any United fans losing sleep over Pogba’s future. The club should’ve cashed in a year ago but there’s too many people asleep at the wheel.

A sad reality for the biggest football club in England.