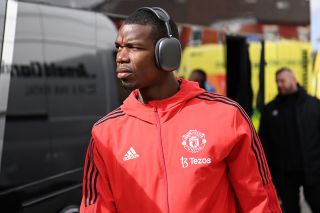 Paul Pogba is getting ready to leave the club on a free transfer for the second time in a decade, with the 29-year-old’s six-year stay since his return in 2016 set to come to an end upon the expiry of his contract.

The midfielder has been linked with a move away from the club in 2018 but with no contract extension in sight, a departure is finally looking likely.

According to The Mirror, Pogba has refused to commit to a £500,000-per-week offer from United but the Frenchman’s unwillingness to respond is the least of their worries.

The report adds that United’s large offer has caused unrest in the first-team squad, with players furious that the club is willing to make Pogba the highest earner in the country.

The players don’t feel Pogba has deserved such a high wage considering his infrequent appearances and comments to the press, which often include flirting with other clubs.

Furthermore, it’s stated that Pogba accepting the deal could spell bad news for United, with players in the dressing-room possibly demanding similar figures.

SN’s verdict…
One thing’s for sure, Pogba does not deserve the wage in question and there’s no way of justifying it. He has barely done anything in the last three years and a large section of the club’s support would rather just let him go.

Then there’s another aspect to the story. This current crop of players at United have no right to be unhappy with their own wages, let alone demand more. They’re already underperforming and should be happy to be at their current rate.

Pogba turns 30 next year and his next contract will be his last blockbuster deal – United fans will be desperate for that to be signed elsewhere.