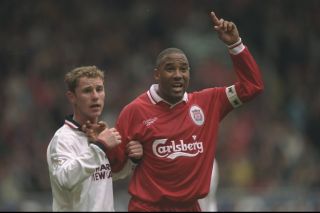 Manchester United do not only need to drastically improve their form and beat Liverpool at Anfield in the process, but they will have to rely on other results in order to finish in the top four this season.

The Red Devils are currently six points behind fourth-placed Tottenham, who are favourites to clinch the last Champions League spot, with Antonio Conte finally striking a tune out of his unpredictable squad.

Despite Ole Gunnar Solskjaer’s dismissal in October and the appointment of interim manager Ralf Rangnick, fans have not seen the team’s results pick up, with many hoping there would be a managerial bounce in December.

Arsenal had fourth spot in their grips going into the last international break, but defeats to Crystal Palace and Brighton have since allowed Tottenham to move up the table, while the Reds have continued to slip away.

Even as a more optimistic Red, I cannot see how we turn our season around and finish fourth. It would still make for an extremely underwhelming campaign either way.

But former England international and Liverpool legend John Barnes believes Rangnick’s side still have a chance of finishing fourth.

“Because of Tottenham, Arsenal and West Ham’s inconsistency they could still finish fourth in the league, but they must find a way to get back into the top three,” Barnes told BonusCodeBets, as cited by the Manchester Evening News. “Despite their current predicament, there is no way that Manchester United could slip into mid-table obscurity.

“They may not finish in the top four, but they won’t finish lower than seventh. However, it’s likelier that they will probably finish between fourth and sixth.”

Regardless of how inconsistent Tottenham, Arsenal and West Ham are – United have been rubbish all season and are getting worse. Far too many times this season it has looked like several players are thinking about where they will be playing their football next term.

Barnes raises a valid point that United, under the next manager, must consolidate themselves as Champions League regulars before expecting league titles.

It should be noted that we finished second in the Premier League under Solskjaer, a year ago.

“The idea of being in the top four for every club other than Manchester City or Liverpool means third or fourth.