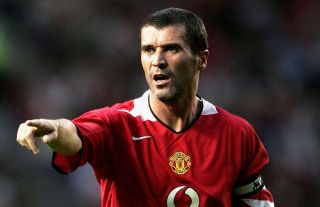 I never hide behind the fact I rarely see wrong in Roy Keane.

But I didn’t quite expect Keane to earn praise from a former Premier League referee.

The former Manchester United captain was a fiery character on and off the pitch, but he loved that about him.

Former Premier League referee Dermot Gallagher has come out and spoken about his dealings with Keane, saying it was a ‘pleasure’ to work with the former Republic of Ireland international.

Gallagher told 101GreatGoals, as cited by The Sun: “It was a pleasure to be honest, because he had a similar attitude to me. He wanted to be the best, he wanted to do the best, and without doubt he wouldn’t settle for anything other than the best.

“And I was the same, believe it or not, I always wanted to do my best. Whilst I will openly admit that not every game did, I achieved my best, it wasn’t for the want of trying my best, and that was the secret.

The Irishman still holds the record for most red cards shown to a single United player (11), but his desire to be the best resonated with Gallagher because the referee had a similar mindset.

Gallagher was a vastly experienced referee, too, officiating in every Premier League season up his retirement in 2007. I have no doubt that his comments will be appreciated by Keane, who probably feels he earned an unfair image down the years.

It goes without saying that Keane is still a misunderstood figure.