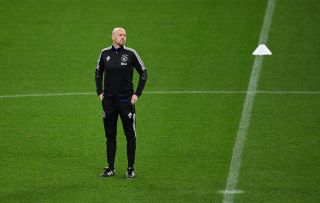 Sjoerd Overgoor, who played under Erik ten Hag at Go Ahead Eagles, has been talking about what the Manchester United players should expect from his former manager.

Ten Hag is expected to be announced as the new Manchester United manager next week, once Ajax get their Dutch Cup final against PSV Eindhoven out of the way.

The Dutch giants are also on course to win the Eredivisie — sitting four points clear of rivals PSV, who will be managed by former United striker Ruud van Nistelrooy next term.

“He wanted the drinks put out in straight lines,” Overgoor told Sky Sports. “Everything had to be perfect in his eyes. People needed time to get used to that.

“We had one man whose job it was to look after the pitch.

“Every day, Erik would be coming to him and saying that the grass had to be two millimetres or something like that.”

When asked to rate Ten Hag’s impact in his single season at Go Ahead Eagles, Overgoor added: “He changed everything. Remember, this is not a big club in Holland. We did not have the best facilities but he made them the best.

“A lot of coaches come to clubs like Eagles and have the attitude that they have to deal with it. He did not deal with it. Instead, he made it better and better.”

Ten Hag went on to accept an offer to take charge of Bayern Munich’s second team, while Pep Guardiola was managing the first team.