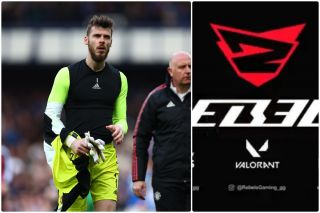 Our no.1, who must be an avid player of video games in his spare time off the pitch, now owns a state-of-the-art complex for gamers to practice and compete.

It is understood that De Gea himself will participate in meetings with the players and staff, offering a hands-on approach just like you would expect from a top goalkeeper.

De Gea invited the media team at Manchester United to his facility in Madrid and they had a chat about his new esports project.

“A year and a half [ago] I was talking with Jose, one of the guys I trust and work with,” De Gea told ManUtd.com.

“He knows I am in love with video games, so we were talking about making our own club.

“So that’s how it started. We started step by step, we made Rebels, so we are really proud.”

He also wants to make Rebel Gaming one of the elite esports teams, adding: “We want to make a proper brand, where people like the brand, and of course try to put the teams in Europe to compete with the best teams.

“But we will try to be one of the best teams in Europe as well.”

During the lockdown, I noticed a lot of professional footballers’ dive into the eSports frenzy and steaming their video games on Twitch. Former Hull City midfielder David Meyler is a renowned fan of FIFA and has also taken his hobby into the public domain by uploading his gameplay videos to YouTube (340k subscribers).

As someone who started playing FIFA again in the past year, we don’t see a problem with United players having side interests away from football because a lot of the games they stream are not related to the beautiful game.

It can be good to get away from the doom and gloom of everything surrounding Manchester United.