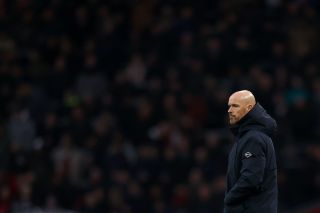 It sounds like we are edging closer to the big announcement!

According to David Ornstein of The Athletic, Manchester United have reached a verbal agreement in principle with Erik ten Hag to become the next permanent manager at Old Trafford.

It is a decision that will excite many United fans because Ten Hag is renowned for his attacking style of football, which has made Ajax very successful in recent years.

The report stresses that United need to reach an agreement with Ajax next which shouldn’t be a problem. On top of that, Ten Hag is expected to sign a 4-year contract.

However, an announcement is not expected until after the Dutch Cup final which will be played between Ajax and PSV Eindhoven on Sunday at 5pm.

Interest in Ajax games will pick up in the coming weeks, especially with United fans keen to watch their new manager in action before he moves to Manchester.

Moreover, the Dutch giants are four points clear on top of Eredivisie, so Ten Hag could win another double during his time at Ajax which would be a remarkable achievement.

United need to make sure he gets whatever support he needs in order to be successful.