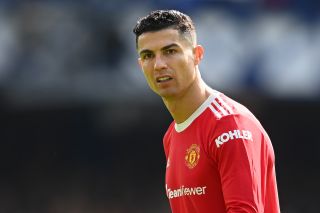 Cristiano Ronaldo’s fairytale return to Manchester United hasn’t gone according to plans and there are already doubts over his future at the club this summer.

Ronaldo has one year remaining on his contract at United but with Champions League football looking unlikely next season, rumours over his exit are spiking each week.

The 37-year-old’s astronomical wages could be a stumbling block if United were to look for an exit this summer so any move would likely depend on the forward’s willingness to make a change.

According to the Daily Mail, senior figures at United have already encouraged United to leave the club but any decision will fall on Joel Glazer, who runs the club’s day-to-day business.

As things stand, Ronaldo is the club’s only out-and-out striker in the summer, with Edinson Cavani set to leave upon the expiry of his contract this summer.

SN’s verdict on Ronaldo’s potential exit…
Everyone has an opinion on Ronaldo but there’s no right or wrong answer in this one. If the former Real Madrid star leaves, he will need replacing.

Manchester United are in for a busy summer and the club needs to decide where its priorities are. Perhaps more emphasis needs to be placed on other areas on the pitch.

The midfield has been an issue for several years and that should be the focus for this summer. Furthermore, a new manager could get the best out of Ronaldo. One thing’s for sure, we haven’t heard the last of this one just yet.