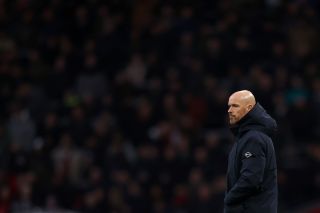 Manchester United are on the hunt for a new permanent manager following the sacking of Ole Gunnar Solskjaer last year. The Norwegian was let go earlier this season, with Ralf Rangnick replacing him until the end of the season on an interim basis.

Mauricio Pochettino has been heavily linked with the job for several years but Ajax coach Erik ten Hag seems to be the clear favourite to take over at Old Trafford.

Talks between United and the 52-year-old are said to be advanced but nothing has been signed yet, leaving room for other sides to get involved.

And exactly that has happened, according to reports. As per the Dutch outlet De Telegraaf, German outfit RB Leipzig have made an excellent multi-year contract offer to the Ajax man in an attempt to hijack United’s deal.

It is, however, stated that the Bundesliga club will be unable to match United’s financial firepower, despite their willingness to pay Ajax whatever they ask. The financial details are not said to impact Ten Hag’s decision, however, with the proposed sporting projects being paramount.

It’s added that although United looked to be leading the race to land Ten Hag, it’s now ‘wide open’.

SN’s verdict on the breaking news…
It would be a huge blow for Manchester United to miss out on their preferred candidate for the vacant role. That sentiment is backed up by the supporters as well, with large sections of the Old Trafford faithful hopeful of seeing the former Bayern Munich academy coach take the reigns at the Theatre of Dreams.

United’s chase for a new boss is very public and missing out on their top candidate to RB Leipzig, a far smaller club in comparison, would be very embarrassing.

They will be desperate to avoid that and if these reports force United’s hand, supporters won’t complain too much.