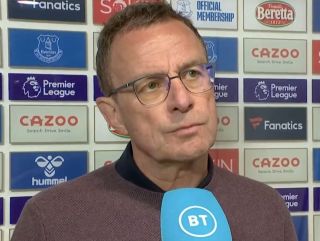 Manchester United have suffered yet another disappointing defeat.

Travelling to Goodison Park to take on Frank Lampard’s relegation-threatened Everton, interim manager Ralf Rangnick would have known that despite the Toffees’ poor position, they’d be well up for the clash.

Although the Red Devils came into Saturday’s early Premier League kick-off as the overwhelming favourites to take all three points away from Merseyside, it was their oppositions who upset the odds.

After youngster Anthony Gordon netted the only goal of the game, United ended up well beaten and now find themselves cast adrift from the league’s top four.

Read more: The next Man Utd manager has an uncontrollable wildfire at his hands – opinion

Reacting to the 20-times league winner’s latest defeat, which is their third in five matches, across all competitions, Rangnick, who spoke to reporters after the final whistle (as quoted by BBC Sport), said: “If you don’t score a single goal in 95 minutes we have to be disappointed. We had a good start and should have created more chances out of that domination. Then we concede a deflected shot and lost a bit of our composure.

“The second half we were trying to add creativity with substitutions but we didn’t always take the right decision.

“We had to do something. We needed a goal and we decided to bring Mata and more verticality with Elanga. They were defending with their players in the last 35 minutes. We didn’t find the right player at the right moment. We didn’t have enough players in the box when we played crosses.”

The Red Devils’ next game is set to be another in the Premier League and will be against Norwich City at Old Trafford on 16 April. 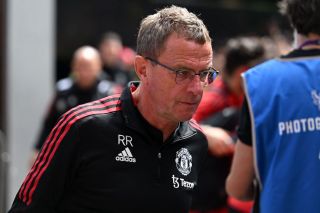