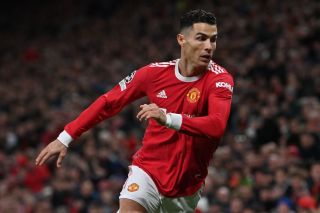 Manchester United are back in action this weekend as they make the trip to Everton, where they are unbeaten in their last three visits in all competitions.

It’s a must-win game for Ralf Rangnick’s side, who run the risk of being completely left behind in the race for Champions League football.

The German manager was dealt a heavy blow prior to the game, with Raphael Varane and Luke Shaw both ruled out due to injuries. Edinson Cavani and Scott McTominay will also sit out the encounter.

Marcus Rashford was surprisingly left out of the side in last week’s draw with Leicester but McTominay’s absence could work in his favour, with Paul Pogba being likely to replace him in midfield.

Cristiano Ronaldo played no part in the dull 1-1 draw with Brendan Rodgers’ side due to illness but the 37-year-old is available for the trip to Goodison Park.

Bruno Fernandes and Jadon Sancho are near-givens in the side whilst Victor Lindelof is likely to make his return to the team. Telles will replace Shaw on the left-hand side, leaving Rangnick with a decision to make on the other side.

Aaron Wan-Bissaka played nearly every game under Ole Gunnar Solskjaer but Rangnick has yet to choose his preferred number one in the position, with Diogo Dalot sharing the minutes.

Everton are fighting for survival in the Premier League and Dalot, who is a far more progressive full-back, would aid United in their attacking ventures.