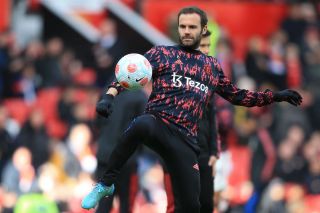 Juan Mata looks set to leave Manchester United in the summer when his contract expires.

Mata, who turns 34 later this month, is understood to want to prolong his playing career.

There was talk about the Spaniard eventually joining United’s coaching staff, but he obviously feels that he has more to give as a player before hanging up his boots.

According to the Manchester Evening News, Mata has offers to play in the MLS, but the report in question doesn’t list any potential destinations.

Although United triggered the one-year extension in Mata’s contract last summer, it made no sense because he has only started twice this season.

Mata signed for United in January 2014 after a transfer from Chelsea.

Despite winning three trophies during his time at Old Trafford, I firmly believe that his best years came at Stamford Bridge – where he won the Champions League.

There is no denying that Mata would be an exciting signing for the MLS.