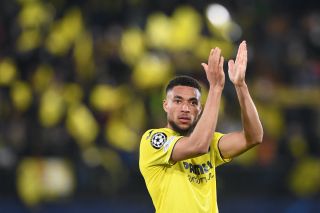 Unfortunately, Manchester United are knocked out of the Champions League.

But it is promising to hear that our scouts are busy going to football matches and keeping a close eye on potential transfer targets.

According to the Daily Mail, United have been tracking Arnaut Danjuma and watched him this week, as Villarreal recorded a shock Champions League win over Bayern Munich.

Danjuma scored the only goal in the first leg after 8 minutes of play, but Villarreal will be up against it in next week’s return leg in Munich.

Time will tell if United liked what they saw from Danjuma, who previously played in the Premier League at Bournemouth, but the scouts witnessed his sixth goal in the Champions League this season.

The 25-year-old reportedly has a £64m buyout clause.

My problem with potentially signing Danjuma is that he primarily plays on the left wing, whereas United need to sign someone for the right flank.

Let us know in the comments section if you think this is what United need in the summer?