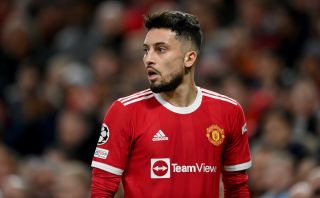 Alex Telles has dropped a hint that he could return to FC Porto one day.

Telles joined Manchester United from the Portuguese giants in 2020, but only to play a bit-part role behind Luke Shaw. However, the Brazilian has been the favoured to Shaw a few times this season, despite being a concern defensively.

The Brazil international previously played for Galatasaray and Inter Milan, but it is FC Porto that holds a special place in his heart.

During an appearance on Brazilian podcast Wibcast, Telles said (cited by the Manchester Evening News): “FC Porto is a love story, it was the club I most identified myself with, it was four years there.

“I identified with the city and made many friends, it has a special place in my heart.

“Besides, my best career numbers were there, what made me come to Manchester United was what I did for FC Porto. I was very well received.

“I am eternally grateful to the club and of course one day I think about going back there and continuing this cycle. It was a very happy period of my life.”

Telles’ current deal at United will expire in 2024 and there has been nothing reported about a possible extension. He has made 14 appearances in the Premier League this season.

Let us know if you think Telles is one of the players who will get chopped by the new manager this summer?