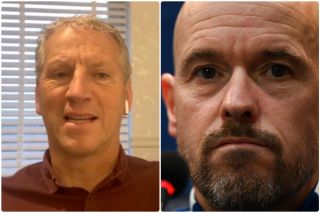 It is important that during these pre-appointment discussions between United and Ten Hag that both parties explain to one another what they need in order to succeed.

We know as United fans that the club has made an array of poor decisions down the years — from questionable recruitment to lacking strategy – and the next manager won’t want to ruin his reputation with this job.

It’s still the biggest job in football and it looks like Ten Hag is next in line to try make United a success again.

The Dutch reporter adds that Ajax fans are disappointed that their club has not worked harder to keep Ten Hag in charge.

Two weeks ago, Stretty News revealed that Robin van Persie is “keen” to join Ten Hag’s set up at United, but we understand that there are other possible candidates including Rene Meulensteen.

Freedom with management of players

Ten Hag’s style will suit younger players, so he is bound to want full control over the squad.

You won’t see the club sign many 36-year-olds under Ten Hag if he has his way.