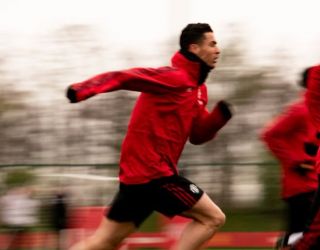 Cristiano Ronaldo has returned to Manchester United training after missing the 1-1 draw against Leicester City due to illness.

The Red Devils missed Ronaldo at the weekend when Ralf Rangnick started the game without a recognised striker, with Marcus Rashford named on the bench.

Bruno Fernandes played as a false nine to little effect.

Prior to the match, Rangnick told reporters that Ronaldo had flu-like symptoms and didn’t feel well enough to train on Friday, as per talkSPORT.

However, United’s official Twitter account shared pictures of training on Wednesday afternoon, featuring Ronaldo which means he should be fit to face Everton in Saturday’s early kick-off.

We’ve been toothless in attack without Ronaldo, so it will be great to have him back fully fit.

Hopefully the lads can get all three points this weekend.