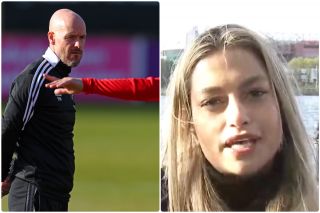 Manchester United are closing in on the appointment of Erik ten Hag as our new manager.

This morning, Sky Sports News reporter Melissa Reddy provided an update on the situation, stating that United are trying to downplay reports that an appointment is imminent.

She believes that, behind the scenes, United have discussed preparations for a formal announcement for Ten Hag’s new job.

It is also believed that Ralf Rangnick’s consultancy role won’t be very “hands on”, as Reddy explains in her report.

Reddy said: “In terms of getting something over the line soon which United wanted to do, it made the most sense.”

🗣️ "In terms of getting something over the line soon which United wanted to do, it made the most sense."

Melissa Reddy talks Erik ten Hag and Manchester United after reports that the club are close to reaching a deal to appoint him as the new manager. pic.twitter.com/jy94SVpB6N

The sooner it is announced the better so that United can begin working towards next season.

At least they will be able to approach transfer targets knowing who will be leading the team into the future.

More news on Ten Hag when we have it!