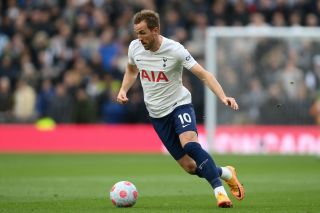 That’s according to the bookmakers SkyBet, who have installed the Red Devils as favourites to clinch the England captain’s signature.

The Tottenham talisman, 28, was the subject of a summer-long transfer saga last year but Daniel Levy turned down big offers from Manchester City.

It won’t be easy to prize him away this summer, but will Tottenham force him to stay yet again?

Asked about his club future ahead of the 2022 World Cup in Qatar, Kane said (via Fabrizio Romano): “My main focus is finishing this season.

“I can’t control what’s going to happen in the future. I want to be going into that tournament in the best form possible.”

Harry Kane on his future: “My main focus is finishing this season with Spurs… I can’t control what’s going to happen in the future”. 🏴󠁧󠁢󠁥󠁮󠁧󠁿 #THFC

lI want to be going into that tournament [World Cup] in the best form possible”, tells @Dan_KP. pic.twitter.com/cSfj7qVGmP

Of course, reports recently suggested that Kane is curious to hear what United will offer for his signature this summer.