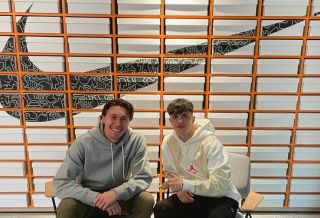 After being called up to the senior Argentina squad and starring in the FA Youth Cup this season, it looks like Nike jumped in line before the rest.

Garnacho took to Instagram on Wednesday night to announce his new deal, by sharing a photo along with the caption: “Happy and proud to join the best brand in the world @nikefootball.”

This means that the United starlet, who has started training with the first-team this week, will be wearing Nike football boots in the future.

With the FA Youth Cup final to look forward to, it’s possible that Garnacho could get his first team debut at United before the end of the season.