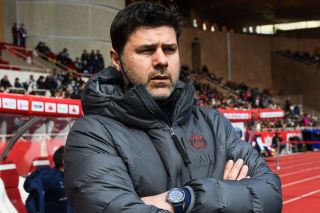 Ajax coach Erik ten Hag is the clear favourite to become Manchester United’s next permanent manager, with Ralf Rangnick expected to step down from his interim role at the season’s end.

Ten Hag, who has impressed several big European clubs over his five years in charge of Ajax, has been interviewed by Manchester United but according to some reports, the 52-year-old did not make a ‘100% cast-iron case’.

Mauricio Pochettino has been linked with a move to Old Trafford for several years but a move has never materialised, with the Argentinian currently in a job at Paris Saint-Germain.

United’s search for a manager is reported to be between the pair now, with outside candidates such as Luis Enrique and Julen Lopetegui all but ruled out.

Talks with Ten Hag are reportedly going well and according to some reports, discussions over the Dutchman’s potential backroom staff have already begun.

It is, however, not a sealed deal and Pochettino can’t be ruled out of the running just yet. That’s according to The Athletic, who despite describing negotiations with Ten Hag as ‘advanced’, maintain that there is no frontrunner for the job and that Pochettino remains a credible contender.

Pochettino is a longstanding target for Manchester United but three years ago, when Jose Mourinho was sacked, the former Tottenham boss was in a far stronger position.