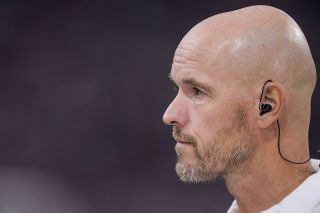 Manchester United are close to finalising the appointment of Erik ten Hag as their new manager.

That is according to Sky Sports, who have added to an array of reports tonight, claiming United have held talks with Ajax and the Dutchman’s camp over how to handle a formal announcement.

Ten Hag emerged as the frontrunner for the job two weeks ago, when he leaped ahead of Mauricio Pochettino, after impressing in his first interview with the club which took place in London.

It sounds like we could have an official announcement soon, with Ten Hag’s camp set to meet with United again.

The article also states: “A deal is not done and United’s stance is the process is still under way with multiple candidates, but it is understood official negotiations will now begin over compensation due to Ajax and the details of Ten Hag’s contract.”

Ten Hag has one year left on his contract at Ajax and one of his midfielders came out this week suggesting that the manager could remain in Amsterdam.

But surely there’s no way he would turn United down?

That said, United are pushing that nothing is imminent, but you can believe what you like.

One would hope they conclude their search for a new manager then rather than dragging this on until the end of the season.

United must respect the fact Ajax are still in a title race and that will be Ten Hag’s main focus for now – as he has said on a number of occasions.