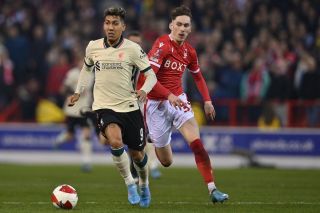 James Garner has enjoyed himself on loan at Nottingham Forest this season and it sounds like the young midfielder could benefit from Paul Pogba’s likely departure in the summer.

The Telegraph claims James Garner will be promoted to the first-team when he returns from his loan spell at the end of the season.

Since his move last summer, the 21-year-old has played 57 matches across all competitions, and he should return with a wealth of experience after starring in the FA Cup against top-flight sides like Leicester City and Arsenal.

He could be rewarded for his fine displays when the new manager takes charge for this summer’s pre-season tour.

Technical director Darren Fletcher recently named checked the midfield starlet as a player he’s excited to bring back to the club, as per Manchester Evening News.

“All of them are doing really well on loan and we’re excited to bring them back in pre-season to see how they fare with our first-team players.”

Pogba out, Garner in

Firstly, United need players who want to play for United. They obviously need to be talented, but Garner has shown this season that he can hold his own against some of the better teams from the Premier League.

United are expected to sign at least one midfielder this summer and I wouldn’t rule out game time for Garner next term.

Meanwhile, Pogba is edging his way out of the club.

The sooner the Frenchman’s future is solved the better.