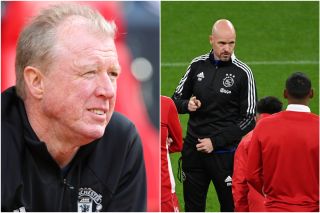 That is according to reliable journalist Andy Mitten, who has revealed everything he knows about United’s search for a new manager in a column for the National Sport, including his understanding that the two main candidates would like to move to Old Trafford.

Erik ten Hag and Mauricio Pochettino have long been seen as the frontrunners to take over from Ralf Rangnick at the end of the season. While that remains to be the case, we are hearing lots of information on the Dutchman potentially getting the job, and much less when it comes to Pochettino.

On top of that, various bookmakers have slashed their odds on Ten Hag getting the job.

However, both managers are currently under contract at their respective clubs, with aims to win their domestic titles in the Netherlands and France. You can almost understand why United haven’t been able to rush an appointment announcement, though fans are right to be impatient after months of waiting.

Mitten includes an interesting line which suggests United have held talks with Steve McClaren, who has been tipped to return to Old Trafford as Ten Hag’s No 2. Sir Alex Ferguson’s former assistant had Ten Hag as his assistant at FC Twente and reportedly gave United a glowing assessment of the Ajax manager.

“Former England manager and United assistant manager Steve McClaren, who had Ten Hag as assistant at FC Twente in the Netherlands a decade ago, gave United a glowing assement of him and said he had the attributes to succeed, provided he gets the right support network around him.”

The big different here is we have various reports about United looking for people to join Ten Hag’s staff, should he be the one to get the job, but there has been absolutely nothing on who Pochettino may want to bring with him.

It all feels very one-sided at the moment.