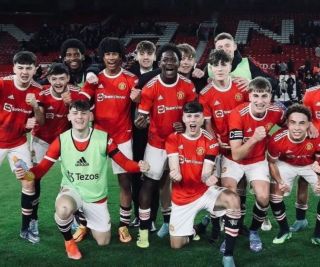 The U-18s beat Wolves 3-0 at Old Trafford in the first semi-final, back in March, and the second semi-final took place tonight between Nottingham Forest and Chelsea.

Forest went on to win 3-1, but we waiting on a confirmed date for the final, which is due to be announced this week.

The young Forest scored three goals in the final 10 minutes to come from behind at the City Ground.

Man United U18s to face Nottingham Forest in the FA Youth Cup final after they beat Chelsea in their semi tonight. Final will be played at Old Trafford.

A big crowd will be expected to come across from Nottingham for the final, but we’ve no doubt that there will be a large United following that day.

Although United are the most successful club in FA Youth Cup history, with 10 triumphs, it has been 11-years since we last won it. The winning team included current first-team players Paul Pogba and Jesse Lingard, while the opposition that day (Sheffield United) had Harry Maguire at centre-back.

Best of luck to the lads in the final!