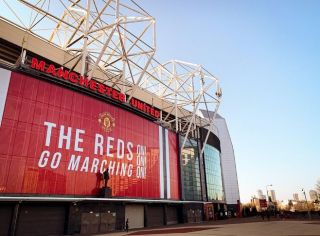 Manchester United will have a new manager next season, that much is already clear, although the choice of who sits in the Old Trafford hotseat has yet to be decided. The hierarchy at the club is busy with their own version of a casting call, interviewing those they feel are the most suitable candidates, yet it seems patently clear that much more than a new head coach is required.

While there are still many United fans who groan at the memory of Louis van Gaal, given his tactical approach and preferred style of play wasn’t entirely to their tastes, the improvements he sought are still found wanting. Eight years after the vastly experienced Dutchman was hired, and almost six years following his departure in 2016, the current situation validates his criticisms about how the club is being run.

“Unfortunately, we are talking about a commercial club, not a football club,” lamented van Gaal during a reflective interview granted to BBC Sport in 2019. This opinion was repeated almost word for word, when asked about the current situation at Manchester United, as the club seeks yet another manager. His own successor Jose Mourinho didn’t bring the success craved, and neither did Ole Gunnar Solskjaer when he was at the wheel.

In his current capacity as head coach of the Netherlands national team, the now 70-year-old van Gaal continues to be probed for his insights and opinions. The manner of his Manchester United exit still rankles, that much is clear, because he actually intended to retire following a two-year spell at the club. Yet it was Ed Woodward who had insisted upon a three-year contract, only to fire the Dutchman having already lined up Mourinho to take over.

But while the manner of his departure was undoubtedly annoying, what frustrated van Gaal more was how Manchester United is being run as a football club. Little appears to have changed since his own time at the club, which is more of a commercial entity than a sporting institution. Until the football structure at Old Trafford is prioritised above everything else, will it really matter who gets the United job? This is the point van Gaal continues to raise.

“I think Erik ten Hag is a great coach,” van Gaal insisted in recent comments via Eurosport, known for his admiration of what the Ajax manager has achieved. “And a great coach is always good for Manchester United. But he must choose a football club and not a commercial club, warned the veteran coach.

In short, his view is that nothing has changed and regardless of ten Hag’s managerial credentials, the focus and structure needed to support his work at the club remains absent. Much more than just another manager is required at Manchester United, if this great club is to seriously challenge for top domestic and continental honours again.

Focus on the sporting directive is needed

Although the bookies have now priced Erik ten Hag as the outright favourite, Mauricio Pochettino remains in the frame, while odds for Thomas Tuchel have shortened amidst uncertainty at Chelsea. For the latest free bets and sign-up bonuses, the honest betting site reviews and ratings at SBO has everything covered, including easy to follow sports betting guides and free tips from pro tipsters.

But regardless of who is being tipped for the Manchester United job, unless the right foundations are also in place, they could be on the same hiding to nothing as their predecessors. None of us like to admit this, yet clubs like Manchester City and Liverpool are lightyears ahead because they have solid structures in place, with football people in charge of making football decisions, rather than bankers or economists.

What a special year it was. We won the Cup & league title, got a perfect score in the Champions League, extended the contracts of Erik, Marc, @VodafoneZiggo and many more… Thanks to my family, friends & everyone at @AFCAjax for making this possible.

Sure, the club appointed John Murtough as director of football, although he doesn’t seem to be in charge of the biggest football decisions. If the club is keen to bring in ten Hag as the next manager, why not go the whole hog and seek to bring Ajax CEO Edwin van der Sar back to Manchester United, having proven his exceptional capacity for proven achievement with the Dutch club.

Putting the former goalkeeper in charge of the sports directive, along with the power to make the most important football decisions, now that would be serious and genuine statements of intentions. Anything less than such an ambitious move, Manchester United will probably continue trundling on as they are, while the Glazer family happily keep taking their dividends.