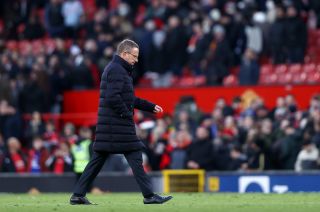 Manchester United are running out of time to clinch a spot in the top four after drawing 1-1 at home against Leicester City on Saturday.

Interim manager Ralf Rangnick will try to ensure that the players keep their chances alive by winning the majority of our remaining matches, but United are also relying on results from elsewhere.

Here’s how we see the next five games going:

Narrow win for the Reds to give some false hope.

The Reds fail to show up against a fierce rival.

Arsenal to show the Premier League they are still bottlers.

Bees look the cause a sting, Ronaldo provides sucker punch.

While I think we’ve missed out on a place in the top four already, who knows what way the table will look if United can get 12 points from a possible 15 in their next five matches.