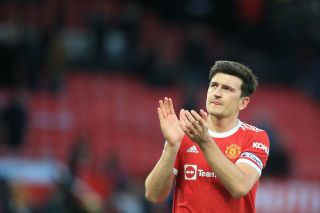 Another poor result for Manchester United as we slip away from top four.

The Reds made matters worse for themselves with a 1-1 draw against Leicester City at Old Trafford.

Here’s how we rated each United player:

Could have done better with Kelechi Iheanacho’s header but he pulled off an amazing save to prevent Wesley Fofana scoring in the second-half.

Yet again his final product was lacking.

The Old Trafford faithful got behind the skipper today. He was solid against his former club.

Adventurous from the back. Got fouled by Iheanacho when VAR ruled out James Maddison’s goal.

Came off at half-time with an ankle injury.

Sloppy – not just in possession, but one tackle he made could’ve easily resulted in a red card. Lucky to see yellow.

In the right place at the right time for United’s equaliser.

Asking him to play as a false nine didn’t work.

His head is elsewhere . Very disappointing to see.

Largely ineffective. Failed to stand up with Cristiano Ronaldo absent.

A quiet evening for our young Swede.

A word on the substitutes

Alex Telles came on at half-time only to be caught napping for Iheanacho’s opening goal. It was another poor display from Marcus Rashford, while Nemanja Matic’s presence was felt on the pitch.